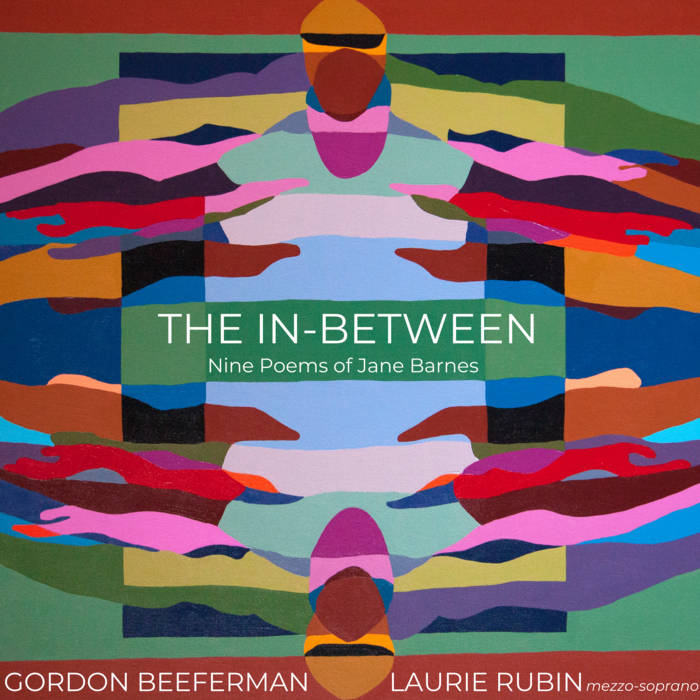 JANE BARNES was born in Brooklyn, NY, raised in Northern California, and moved to Boston in 1966. In Boston, she co-founded the literary newspaper DARK HORSE, which came out quarterly from 1974 to 1980. Her poems and short fiction have been published in numerous magazines and journals including Sojourner, Harvard Review, Poetry Now, and Women’s Review of Books, and major anthologies including Gay and Lesbian Poetry of Our Time (St. Martin’s). In 1987 she received a PEN Syndicated Fiction Award for her short story “Counterpoint,” which is engraved on a column outside Boston’s Back Bay Station. In Boston she taught English and novel writing, and taught poetry classes for mentally ill adults at Shattuck Hospital. In 1998, Jane moved to New York, where she currently lives. She has taught English and writing at CUNY, NYU, and in NYC public schools.

The poems in this song cycle are from Jane’s manuscript THE IN-BETWEEN: SELECTED POEMS 1982-2007. “The Republic of Mania” was previously published in The Massachusetts Review.

GORDON BEEFERMAN is a composer, pianist, and improviser based in New York City. An eclectic and omnivorous musician who straddles numerous genres, he has created and performed innovative opera, chamber and orchestra music, avant-jazz, and numerous collaborations with choreographers, writers, and video artists. ... more

Bandcamp Daily  your guide to the world of Bandcamp

Cannibal Corpse's George "Corpsegrinder" Fisher stops by for an interview